How to Get Rid of Voles 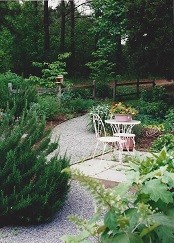 We've helped homeowners get rid of voles in my home state of North Carolina and across the US since 2004.  As a residential landscaper, I often heard from past customers, frustrated by the destructive signs of voles in their yards.  Lawns and planting beds were suffering.  Beautiful yards I helped create had stressed or dying plants, clipped runways in lawns and thousands of dollars of plants at stake and my customers were asking me what to do.  This was motivation and inspiration to develop a systematic plan of attack.  The Vole Control Bait Station System was the result.  Patented and proven, the systematic approach of the Vole Control Bait Station System can give assurance that you have eliminated all the voles in the colony.

Many people had never heard of voles so I set out to create an educational website (VoleControl.com) full of helpful information in addition to promoting our product that truly works.  Since then, we have helped thousands of customers "take back their yards!".  Check out the 4 Steps to Vole Control below or just click here to dig deeper.  We can help you "take back your yard" too!

How to Get Rid of Voles

We have narrowed down the process to Four Basic Steps summarized here (click the links to dig in deeper): 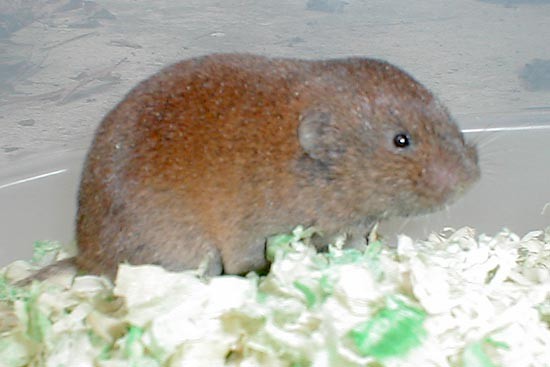 Step 1 - Learn about Voles – There are many different species of voles and although it may be interesting to learn the exact species, to gain control with The Vole Control Bait Station System, it is most important to determine the foraging activity of the voles in your yard. Some vole species predominantly forage for food underground while others are predominantly above ground foragers and then some use a combination. The Vole Control Bait Station System has two set up methods to control all vole-types.

Step 2 - Learn about the System - We never called it a “kit” ourselves, but customers often refer to it as a kit. The goal was to give the average homeowner all the tools necessary to

“take back their yards”, so the word “kit” is aptly earned. The inspiration for development of the product was the many frustrated homeowners, Marshall, (the developer of the system), encountered while a residential landscaper. A number of landscape customers were the first to test and review the new product designed specifically for the behavior of voles. (See Testimonials)

Step 3 - Locate the Voles – Sure, you think you know where the voles are, but it isn't as simple as it seems. Following the instructions and performing the apple test is an important step to know exactly where to place bait stations for optimal system performance. With the apple test, you will also determine the number of colonies you are dealing with in your yard.  The apple test is also a great tool for testing to be sure all the voles have been eradicated and to be sure you haven't had a re-invasion from season to season. So be prepared to buy a bag of fresh apples!

Step 4 - Conquer your Vole Problem – Step four is purchasing the right product for the job: The Vole Control Bait Station System with the recommended Kaput Vole Bait (the best poison vole bait available because it is safer around non-target animals, yet plenty toxic to kill voles without causing bait shyness)  will do the job effectively and safely and give you the assurance that you have achieved “Vole Control”!

Take a moment and think about the value of your landscape.

An investment in a vole control product proven to work is surely worth it.

Once you verify that you have eliminated all the voles in your yard, you can implement habitat modification to help prevent a resurgence in future seasons. We also recommend doing the Systematic Search/Apple Test each spring and fall to be sure you have not had a re-invasion. Additionally, to reduce re-invasion likelihood, it is a good idea to encourage your neighbors to eliminate voles from their yards too. Some satisfied customers have passed along their used “kit” to a neighbor to do just that - although we would encourage you to send them to our website for one of their own!