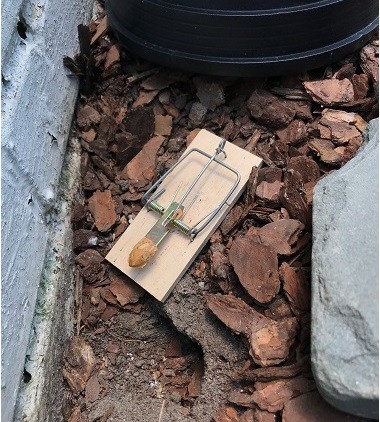 We get calls from customers who say, “I have three of your traps,” referring to our Standard size system, or “I have six traps, referring to the Deluxe size and so on, however, The Vole Control Bait Station System does not contain traps, but stations for holding poison bait with an installation design for easy and secure access by voles who will instinctively take bait back to the nest for all the voles in a colony to ingest.

On the other hand, vole traps or basically snap traps, kill voles one at a time, just like your basic mouse trap. They are effective for control of small, contained populations. Perhaps the confusion lies in the fact that most of us are familiar with rodent control through trapping. When it comes to vole control, however, the trapping method just doesn't cut it. Let's take a closer look at the difference between the two approaches of vole traps compared to vole bait stations to see why.

A vole trap is basically a mouse trap baited and placed where you have signs of voles (unless you want to catch a live vole). Most of us have some experience with a simple mouse trap and know that it can be effective in eliminating mice inside a home as long as the population isn't excessive. Plugging up any possible entrances is helpful as well to prevent more mice from coming in (for voles, think - Habitat Modification). Gaining control in a home with snap traps can be a successful endeavor. On the other hand, outside, in your yard, trapping as a method of vole control isn't going to keep up with the voles' prolific breeding rate where colonies of voles numbering perhaps in the hundreds thrive as they gnaw away at your plants. Other disadvantages of traps include the need to check them often (at least a couple times a day) to be sure to remove dead voles promptly, and yes, you will be handling dead voles. Quick removal of dead voles is important so they don't linger in the trap long enough for the voles to become wary of the traps. Before re-baiting, you will need to clean the trap so that the scent of a dead vole won't deter the next possible victim. All of this, to kill only ONE vole at a time per trap. And just like with baited mouse traps in the house, sometimes your effort is short-lived. Just like mice, voles can be clever, out-witting the trap to get the bait without tripping it. Then you have to deal with deactivating the trap and setting it up again. Lastly, if you think that trapping is a more humane way to kill the voles because it is quick, this is not always the case. I remember coming home to find a mouse caught in a trap but only caught by its leg. I won't describe it in any more detail but it was a pitiful and sad situation and we had to put the poor mouse out of its misery. Sorry for the gruesome example, but it serves to point out that traps provide no guarantee that the death will be an instant one. Additionally, there is always the possibility of a non-target animal or pet encountering the trap as well.

Now to think about bait stations and especially The Vole Control Bait Station System. Our bait stations are specifically designed for voles so other animals are not likely to interfere and 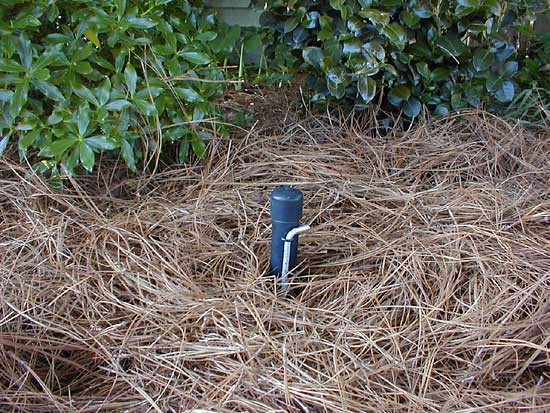 pets are kept safe. Once set up, the bait stations need to be checked only once a week (or every 3 days depending on vole type) and when targeting below ground foraging voles, they are nearly invisible in the landscape. The design encourages the voles to enter, retrieve bait and take the bait back to the nest for the rest of the colony. This results in many kills per week with very little effort on your part once the stations are set up. The effect of the recommended poison bait, Kaput Rat, Mouse and Vole Bait does not occur for several days so bait shyness does not develop and typically the voles will die underground so there is little to no clean up to deal with. They can be monitored to be sure the entire vole population in a hot-spot area is exterminated. Once the population of voles in an area has been eradicated, the grouping of bait stations can be easily moved to another area of your yard to gain control.

The Conclusion: The Vole Control Bait System, developed by my husband, a landscape professional, is the less labor intensive, most efficient and thorough approach to vole control.